by NoLIbs Vet
Comments are off 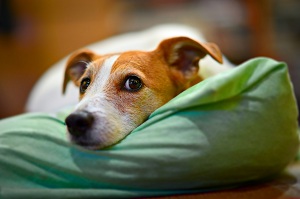 Until recently, neutering a male dog has required anesthesia and surgical removal of the testicles leaving the scrotal sacs empty. This has been a successful, long-standing method of rendering male dogs infertile. Now there is a non-surgical alternative available. But as with most things, there are pros and cons to consider. Here is what dog owners should know about non-surgical neutering.

How non-surgical neutering is performed

Neutering dogs can be accomplished by injecting an FDA approved compound containing zinc gluconate neutralized with arginine (Zeuterin). The injection is administered by a veterinarian directly into the male dog’s testicles. The compound causes fibrosis of the testicular tissue, scarring occurs, and the testicles shrink in size. The product acts as a spermicide and destroys spermatozoa in all stages of development, making the male dog infertile.

Benefits of neutering by injection

One benefit of non-surgical neutering is the elimination of surgery. This injection is administered while the dog is awake, so anesthesia is not needed. In animal shelters, where many dogs are neutered, the injection saves time and space. The procedure can be performed on dogs as young as 3 months, so pups can be neutered at an early age. The target age for the injection is 3-10 months, so older dogs are not candidates. In some cases, injection may cost less than surgery.

Risks of neutering by injection

In a study comparing surgery to injection, the complications associated with zinc gluconate administration were more severe than those following surgery. Some dogs experienced pain, bruising, irritation, and swelling of the scrotum post injection. Some developed infections that required antibiotic therapy or surgery to remove the infected tissue. Biting and licking at the scrotum was also noted. While complications can occur with traditional surgical castration, adverse events were more serious with the injection. Proper injection technique is critical to reduce problems, so veterinarians are trained by the manufacturer prior to using the compound.

It is also important for dog owners to know that a dog can remain fertile for up to 60 days after the injection. Male dogs should be kept away from fertile female dogs for at least two months after the procedure. Surgical neutering is usually followed by a three week waiting period. The success of both procedures can be evaluated by analysis of a semen sample if necessary.

What is the best way to neuter a dog?

That depends on the dog and the owner and the situation. Talk to your veterinarian about the pros and cons of surgery and injection and he/she will help you decide what is best for your dog.

We are open Monday through Friday, with extended evening hours offered Mondays and Thursdays. We are also open Saturday mornings for your convenience and early drop-offs can be arranged.

Street parking is available, just steps away from our hospital entrance.

Shop Online for Rx and More!